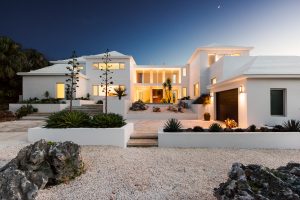 LUXURY DEFINED:  For the purpose of this article, Sinclair Realty | Christie’s International Real Estate defines the Bermuda Luxury Market as freehold, single-family houses with prices of $3.5 million and higher & condominiums at $1.5 million and higher.  We note, however, there are houses & condominiums available to Non-Bermudians with list prices starting as low as $2 million and  $500,000, respectively.  Photo: Georgetown:Bermuda’s Modern House

Here AT SiNclair Realty | Christie’S Int’L Real Estate, Quality of Information IS Paramount.  If you have questions about buying or selling,  John and Karin Sinclair look forward to hearing from you at estates@sinclairrealty. com or T. +1-441-296-0278.